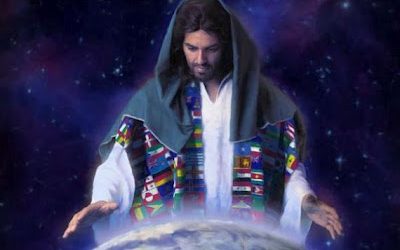 As I write this, we are moving into Easter weekend.  I know that there are many, many spiritual beliefs around the world and this may not be yours.  However, there is a massive vortex that is open and available throughout this weekend.  The energies of this vortex are then open for anyone to tap into at any time!  Don’t you love the flow of time and space??

There continues to be a flow of crystalline energies into the earth.  This is the higher vibration of universal light and is a major part of why the earth is moving into this new balance.  With the transformation taking place today people are able to manifest in new ways.  No longer does life need to be a push/ pull reaction.

Monday (April 22nd) is Earth Day which is a means of grounding this crystalline energy through the focus taking care of the earth.  Gaia is powerful and always has the ability to create her own balance.  We as humans living upon the earth have an opportunity to express life through the ways in which we love and nurture ourselves and our planet. This is yet another piece of the puzzle this weekend.

Consider how Notre Dame caught fire this week.  I believe there is always a reason for why things happen and I felt very strongly that that fire represented a clearing out or burning away of the old energy.  For two thousand plus years Christianity has been controlled with masculine energy. Mother Mary is always portrayed as compassionate and loving with inner strength and beauty.  What I feel was clearing away was the old paradigm of control and manipulation.  Many have used the church as a means of controlling others.  In the new energy, the feminine is present in a balanced way.

This recording is a message that was given to the world by one of my clients.  She is someone I work with often and she wanted to gift the world with a new, higher vibrational message from Jesus.  She also wanted to know what was he doing in that life for the other years rather than just the end.

This channeled message is beautiful!!  Mother Mary begins with speaking of where she came from which was to say she was a star being who came in with her memories intact. She created a space where Jesus/ Yeshua would be able to live.

Next Yeshua spoke at great length about his life.  He spoke of how this had been attempted prior to this incarnation and much of that was the foundation.  He spoke of the strength of women and how Mary Magdalene was his partner in that life.  She anchored him so that he could move into the universe for messages and transmitting energy.

The original works of the bible were actually a book called the ‘The Works of Yeshua’.  He intended that it be written by many different people so that the multiple perspectives would give a fuller, view of his life.  he spoke of how certain parts were removed in the middle ages because they created fear in those who removed them. The intention of his life was to show balance and love for all AND to help everyone understand that it is theirs also!!

Yeshua concluded his portion with always trusting in what resonates with you!!  When you trust in your own divinity, intuition, and truth you are the best potential for your life. In fact, even with this message, if it doesn’t resonate, let it go.

Next Mary Magdalene spoke about strength.  She spoke of when she was stoned because people were afraid, she was taking Yeshua’s power.  She spoke of how their relationship broke the mode of what had been at that time.  She spoke about the strength of women and what is coming to be at this time.  Her statement was

In conclusion, the group energy spoke of how they are all coming back at this time although it will only be for short periods.  They will manifest as needed most likely for periods of time then ascend once more.

You can see how everything works together!!  The full moon, Easter which is about ascension, Earth Day, the fire, the stargates; all create the space for this magnificent ascension process.

May you find your strength, your balance, and your love~~~~