Avalon Returns Through the Solar Eclipse 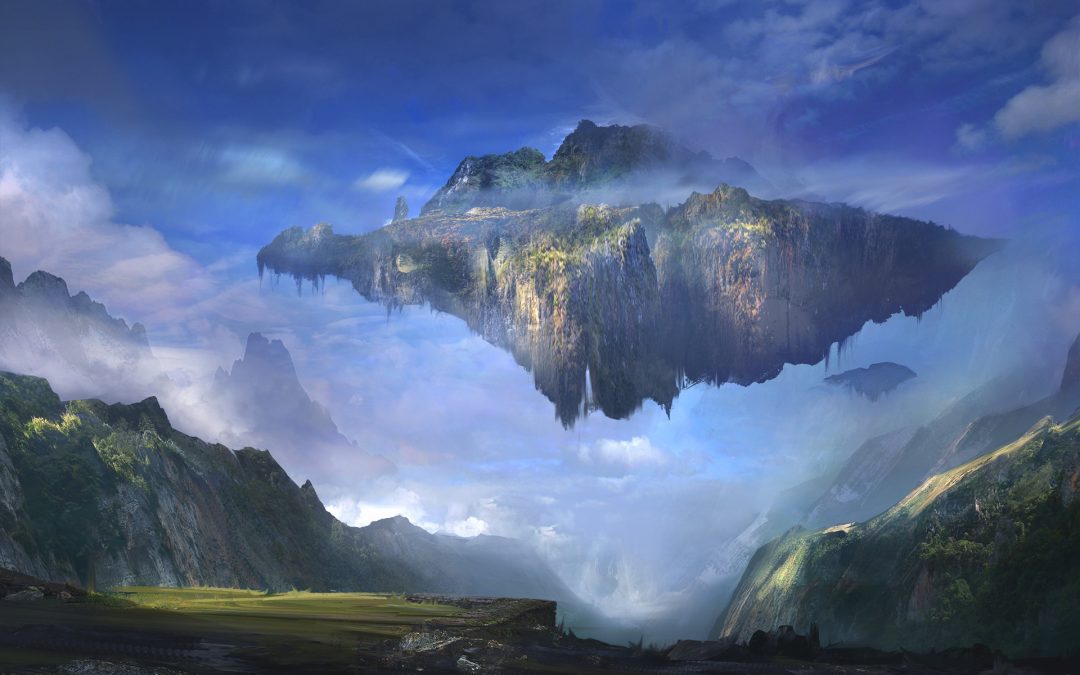 Avalon has always held a mystical, magical, spiritual place in my heart and I believe in the hearts of many others.  A great deal has been written over the years and the overriding consensus is that it was a feminine based society.  When you read about Avalon, most often it is associated with King Arthur and Camelot.  This was but a portion of Avalon’s experience.  So much of what is written is based on lore and old manuscripts of ancient England.  There is much that people will just discount as fantasy. But through my channeling, I’ve received information that this magical place is returning to Earth.  It is bringing the Divine Feminine back with a modern alignment to an ancient tradition.

In the summer of 2016 I was doing a private channel for a friend of mine, Leanne Temple.  As we looked at various past lifetimes, Avalon suddenly became very important to her.  We both realized she was the High Priestess of Avalon when it disappeared. I’ve known Leanne for a long time, so that didn’t surprise me, but what did was that a council of twelve working with star beings and dragons actually removed Avalon from the earth plane!  I could see it happening.  Now, this was not the entire land, but a significant portion that contained the records of time.

Leanne and I both felt that the reason it needed to be removed was because people were trying to find these deeply held secrets so as to destroy them which in turn would allow the others to control these people – or so they thought! Our sense is that this was during Atlantis as the energies were very masculine and controlling.

Greetings my Brothers and Sisters!

I am so very pleased to speak with you at this time about the return of Avalon.  There are a group of us who have been working with people all around your earth in other dimensions to assist with the movement.

I wish to speak of what I have communicated to this individual speaking. All that she has written above is correct, but it is also but a drop in the bucket!! I wish to speak to you of what Avalon IS to me and to this group.

Avalon has been one of the oldest cultures upon the earth.  We have been a part of the earth and indeed the Druids arose from our truth.  We are originally from off the earth.  We originate in a star system far from your own.  We chose to live upon earth because of the beauty and the water; plus the energies of peace.

Warfare exists in all parts of the universe and this Earth, but it does not make it a vibration we wish to live within.  That being said, we have always done whatever was needed to keep our peace in any of the stations that we inhabited around the universe.

As I speak of Avalon it is with great respect and love.  In some cases we created them, in other cases they were here already; but the people of Avalon are very much aligned with the Fae, the Dragons, the Elementals and all animals of your environment.  We worked the earth for our food.  We revered all peoples and all beliefs because no one was better or worse than another.

When the time came that we could no longer be disguised and we could no longer live our lives we had many discussions. One was that we could all ascend off the earth into a new location; in fact many did just that.  Another was that people could go inside of the earth because there were portals and pathways to do so.  What was finally decided was that we would remove the heart of Avalon and keep it safe in another dimension so that it could return when the time was right. Now is that time!

Imagine if you will the discussions that took place!  Oh, I smile even now because they were fierce and immense.  But we of Avalon are very strong, we know our strengths, we know that of which we are capable!

We did not have your linear time frame, so to try and acclimate we would say this was when Atlantis was well established and pushing the boarders.  There were many of what you call the ET’s who were working with them and we knew these species of what they are capable; this too is behind our decisions.

It truly did not take long, the actual removal.  There were many priestesses including the high priestess who worked with the land creating a separation. They worked deep into the ground with the assistance of the Fae and Elementals creating deep ravines. We spoke with every person.  We spoke with the animals and all species who occupied our space.  It was well known by all what was to come.  Some attempted to share this information with those who wanted to capture us; but they never found our location.

As Avalon was lifted, there were laser type beams that were directed at the earth from ships in the sky.  We were assisted by those you speak of as the Great White Brotherhood, the Arcturians and of course our home planet.  These lasers very precisely created the complete separation in the earth.  From there using many, many dragons, the levitating energies of the Druids, the energy of all our brothers and sisters in the ships; we lifted off from the earth.

We have been encapsulated in a dimension which has protected us from all.  We have watched the actions of the earth and we have participated through our people’s including the times of Camelot.  By then we were gone and only created a space where we could live and breathe which is why it was always in a mist. We did this because we thought that was the time of a shift that would create the balance and peace on earth which would allow us to return, but it was not the right time.

We have deemed that now is the time to return to Earth. We have had a hologram of Avalon located in the space of England, Wales, Ireland, Scotland, Greenland and Iceland.  We are actually much larger than that, but that is our focus. We will place our island in the north Atlantic between Iceland, Greenland and Ireland.

We believe that the grounding of the energy back into the earth will shift the energies into a greater balance.  We intend that this return with the total eclipse will cut through the hatred, the anger, the fear, the rage, the warfare that is so prevalent.  To those of you upon the earth; this may seem to be dominant.  To us we SEE that there are sooooo many, many, many of we the Avalonians present upon the earth.  We are all around with our energy of peace, love, acceptance and balance.

For this day of the eclipse, Monday, August 21, 2017 as you date your time upon the earth we will be seated again.  We will come in, in an invisible mode.  We bring our dragons to assist with the seating of the island.  Right now there is water, but the Island will appear.  You my beloved family can find it any time you seek to blend with us.  We will be primarily in the 7th dimension but over time will create alignments to the 5th.  We will not go below that level; in fact it will only be the high 5th dimension.

We value the assistance of all.  If you will in your meditation, go into your heart and find through the central sun your alignment to us.  For many it is easily found since you are here already!! Please see us as returning, as balancing, as bringing forth the love, the joy, the magic, the truth of all that we are; for we are Avalon!

I thank you for joining with this exciting occasion realizing that all are of the earth and live as the earth; from here the balanced energy will emerge.

I thank you for spending this time with me~~~

Merlin/ Morgan/ Brigid We are One

Whew!!  The emotion I felt during that channel was huge! As it separated, I felt tears and this is something I’ve tapped into half a dozen times already.  As it returns, I felt very protective.  But I realized as I was observing the earth and the return that this has been planned for a long time and there has been a hologram where this is going so I felt much more confident and secure.

Now is the time to bring this to consciousness.  I’m sure many people have been a part of this on an unconscious level.

Therefore on this day Monday, August 21, 2017 no matter where you live in the world I invite you to tap into the energies the eclipse.  Allow it to truly clear out your old energy and patterns.  Then as we anchor Avalon, we also anchor balance, love, magical potentials and more.

I also have a YouTube video that is talks more about the eclipse that you can also watch if you are interested.